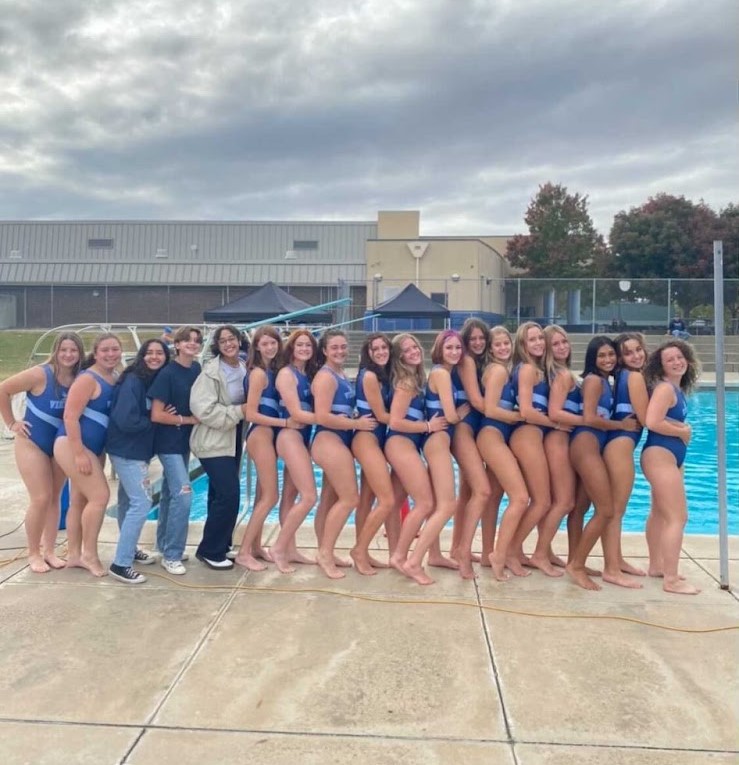 Oakmont’s girls water polo finished the year with an overall record of 10-6 and a league record of 6-2, putting the team in second place in the league. The team’s winning pattern during the 2021 season created mounting excitement poolside, even as they overcame challenges.

“We had a lot of new players; it was hard getting everyone caught up,” Co-Captain Ella Fritch said.

Having little time to prepare for their season, it was a rush to get everyone on the same page to ensure the ideal outcome at each game. This also meant that the girls water polo team had to work especially hard to unite the team and work together, but in the end it paid off.

“We definitely improved a lot from the first game and we ended up being second in the league,” junior and Co-Captain Isabella Hawkins said.

Throughout the adversity the water polo team encountered, the girls were able to improve as a team and come together to keep winning. The season helped forge a strong team along with promoting relationships outside of the sport.

Over the season, Oakmont’s girls water polo focused on both their performance skills and personal connections to each other. This was a vital step in creating a powerful and successful team, and culminated in a playoff spot.

“We haven’t been to [the playoffs] since I’ve been [at Oakmont],” Hawkins said. “So, it’s really exciting.”

The last playoff run for Oakmont’s girls water polo does not live in the minds of current students. However, this chance at a division title provides an opportunity for the team to go even further in the playoffs and make a lasting impression.

“16-17 was their last appearance [in playoffs] when they were the number two seed and went to the semi finals,” said former Athletic Director John Hunter.

As a result of spending half a decade watching the playoffs from the bleachers, the team is thrilled to get the opportunity to play and grow, starting with their first game of the playoffs on Nov. 2.

“We’re really excited,” Fritch said. “We’re just going to go have a good time and use [playoffs] as a learning experience.”