Coldplay’s “Music of the Spheres” is its Own Higher Power

A strong awakening from the band’s nearly 2 year slumber. 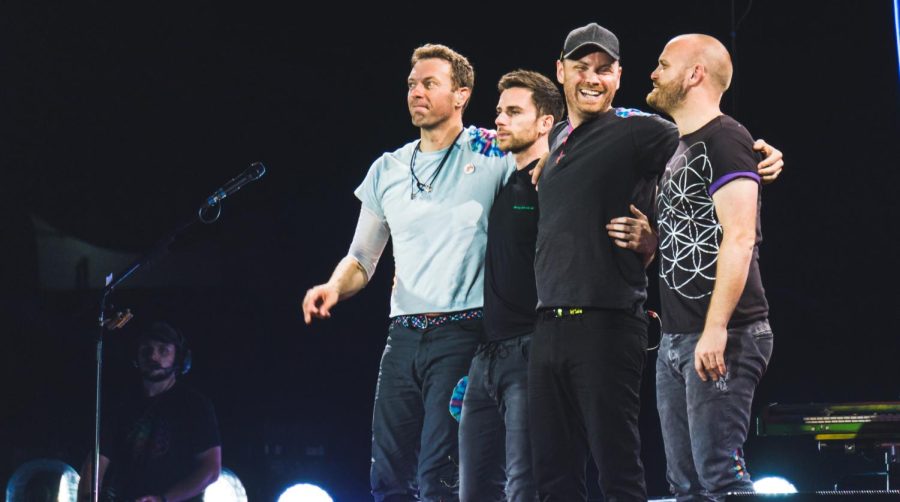 After announcing the release on Jul. 20 of this year, Coldplay released the accompanying singles, including the pop-influenced “Higher Power” and collaborative effort of “My Universe” featuring BTS. Fans nationwide became anxious for the release of the entire album.

The leading track of the album, simply titled “🪐,” is an instrumental track spanning all of 53 seconds. Chris Martin, the lead vocalist of Coldplay, clarified the alternative title of the track, which is shared with the album itself.

“That’s an intro piece called ‘Music of the Spheres,’” Martin said via Apple Music. “We always make albums as a whole, and we started putting interludes and musical sections between songs, almost like palate cleansers.”

This track also represents the first of five tracks titled by an emoji, and one of three which focus on the music as opposed to any vocals.

Immediately following this track, listeners are met with one of the singles, “Higher Power”. With this song leaning more towards their upbeat tone often infused in earlier tracks like “Paradise” from “Mylo Xyloto”, it holds the iconic Coldplay sound which the band consistently maintains.

Despite featuring quite a bit of repetition, the track has lyrics that dig below the surface, such as “I’m not gonna make it/And I think my shoe’s untied (Ooh-ooh)/I’m like a broken record.” This indicates that something is wrong and away from how it should be, and will remain in the way of the achievement of a goal.

Looking ahead  a couple of tracks, “Let Somebody Go”  featuring Selena Gomez is a powerful balad describing the struggle of losing someone after a  deep and personal connection. It describes the pain of having everyday objects as reminders of what had been.

Having the vocals morph into one near the end of the second verse in order to feed into the chorus and describe the two-sided pain of this relationship beautifully portrays the sound Coldplay is widely known for, and makes it  indubitably one of the best tracks from the album.

Without giving listeners a chance to breathe, the next track, “♡,” which Martin has referred to as “Human Heart,” serves as a knockout punch after the conclusion of “Let Somebody Go.”

The harmonization of Martin and singer Jacob Collier launches the song immediately, and the track itself carries this through, with the most powerful and emotional harmony occurring near the end when all vocalists meet for one final verse.

With a serious tone in the lyrics, accompanied by the deep, rich vocals  layered over one another, the track provides a classic feel familiar to the band, tracing back to the famous “Parachute” tracks “Yellow” and “Sparks.”  The sound is much more commonly associated with the band as opposed to a synth-pop tone heard in other songs such as “Biutyful.”

“My Universe,” the band’s effort with BTS, has a synth-esque sound to break away from the rest of the album, and allows for a perfect transition into the much more upbeat feel presented by BTS.

The final track listeners get to experience, Coloratura, is a fantastic ending to an amazing album. While the first minute and a half is simply instrumental, this sets the remaining eight minutes up for a magnificent experience through many different sounds.

It provides a rich and clear sound much like the rest of the album by combining styles teased throughout, creating an amazing rendition of what the album was about.

Although the album is the ninth released by the British band, it refrains from disappointing listeners, and provides everything fans could have hoped for and more.