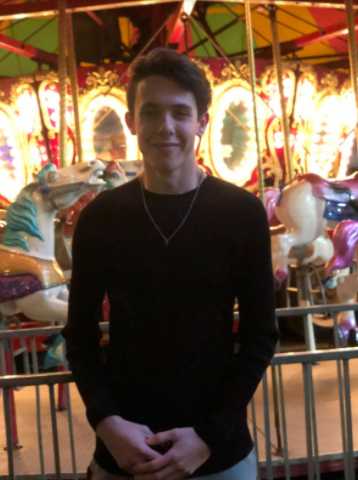 Senior Josh Battise has a unique insight that comes with being a student with a job. He started working at the Roseville Spaghetti Factory as soon as he turned 16.

Battise chose the Spaghetti Factory because his older sister had worked there before him. He started as a Host, and has held other positions such as Togo Host, Captain, Busser, and Foodrunner. He is currently a Server, a position he earned upon turning 18.

“You have to miss out on a lot of social events sometimes,” Battise said. “So you have to make some sacrifices.”

Battise works the maximum amount of hours allowed, every single week, and because of this consistency he has progressed a lot in his workplace and certainly saved up a lot.

When balancing work and school, Battise finds some classes more difficult than others. He appreciates classes with more built-in work time during the period.

“[Math and English] usually have the most homework and studying outside of class,” Battise said.

Along with all of that, Battise has had the unique experience of taking Culinary class at school while simultaneously working at a restaurant outside of school.

“Initially the two were separate for me, but because of the pandemic, the culinary class turned into a culinary management class,” Battise said.

Due to this, Battise even went on to get his Management Certificate. He’s happy that the two worked together and because of it, he has gained a lot of experience.