First live Drama performance at Oakmont in over a year 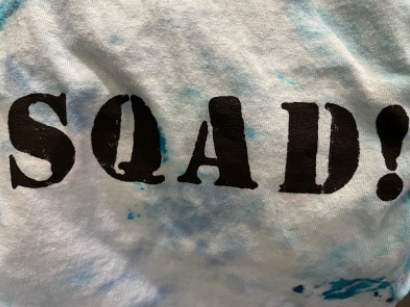 To improvise; to create and perform something without any notice, any preparation, any predetermined ideas or materials. It could be said that everything is improvised, that a majority of life and love and chance is spontaneous and unpredictable. However, improvisation is most widely known as being used for theatrical purposes.

Improvisation, often called improv, in theatre, has become increasingly popular, especially with the creation of improv-based shows such as “Whose Line Is It Anyway?,” which utilizes something called improv games. Improv games are performances with a certain set of rules that helps provide context and outlines, but also allows for the audience to suggest things for the performance, such as roles, characters, quirky traits, and situations.

On Apr. 30, 2021, nine students who made up the SQAD improv team performed six games in front of family and friends in the Oakmont theater. The show lasted about 40 minutes, and was seen as a fantastic experience by a variety of the participants.

“It was a wonderful experience to be able to get to know these people and perform with them,” Oakmont freshman Rainn Nelson said. “I enjoyed it because it was a bunch of fun games that made people laugh.”

“My favorite thing about improv is that it teaches you to be flexible and think about things from all different angles,” Oakmont drama teacher Jacqueline MacKusick said. “Improv forces you as a performer to really pay attention to the others in the ensemble, so it connects people really quickly in a playful way.”

Partway through the second semester, MacKusick decided to host improv practices after school on certain days for any students who were interested. In these practices, everyone would meet in the Oakmont theater and play various improv-based games, no strings attached.

“Improv is a nice way to express myself without the burden of a certain set of eyes on me,” Oakmont sophomore Cebastian Sanders said.

After a period of these practices, an opportunity was offered to any of the attending students. An improv show, one night, where they would participate in the games they wanted in front of a small group of parents. For a majority of the students there, it was their first live show ever.

“I really wanted to host some kind of live performance before the end of the year, but COVID-19 has made everything very challenging,” MacKusick said. “Hosting an improv show made sense because improv is so flexible- I didn’t need to worry about who might be quarantined at the last moment or someone having to learn an entire role to fill in.”

The recording of the SQAD improv show can be watched using the link below, and the digital program for the show can be found below as well. After school improv practices are still taking place on Tuesdays and Fridays, from 1-2:30 p.m. in the theater. Anyone is welcome, and trying it out doesn’t come with a contract, so if you’re interested in improv, SQAD is open to anyone and everyone.