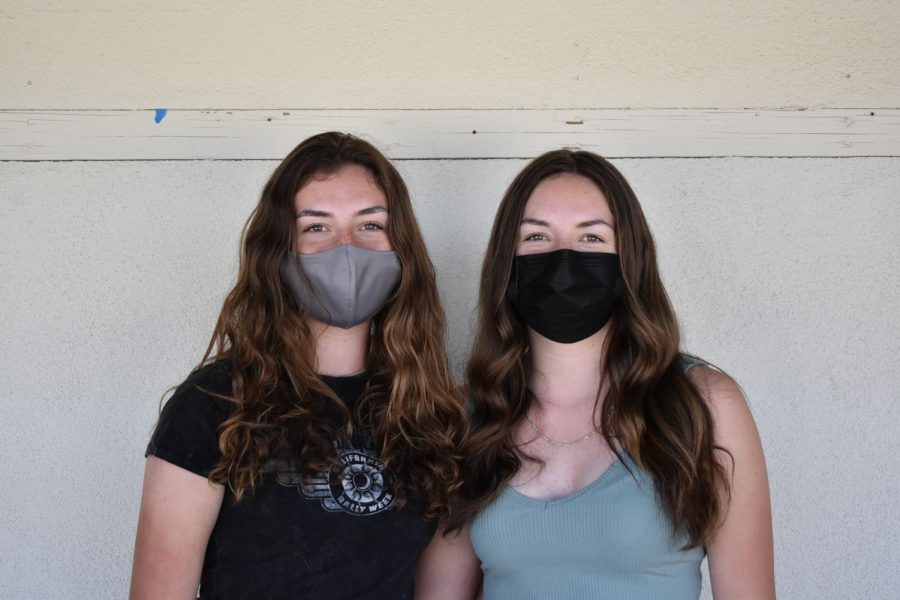 Oakmont sophomore twins Sydney and Taylor Schell grew up competing to be better than each other, but both Sydney and Taylor have their own unique personalities. Even so, they’re both young women that some might  want to meet and be friends with.

Their friends described them with kind and honest words.

“Taylor is like a cactus flower, scary from afar but beautiful up close,”  Oakmont sophomore Hailey Lauer said.

“She’s aggressive at first but nicer the more you get to know her,” Oakmont sophomore Samantha Garden said.

Whilst alike, they were both described separately because they carry themselves differently. Their friends described them with kind words but also described them as having some sort of guard up when you first meet them.

When it comes to friends, they both are social; however, Taylor focuses more on school, whereas Sydney enjoys spending more time with said friends.

Sydney struggles with anxiety, but when it comes to her friends, she is anxiety free. One thing she knows how to handle is people. She’s good with others and enjoys being social. Her anxiety comes into play when school is her main focus.

Taylor and Sydney have always been pinned up against each other as they grew up, being compared to see who is the “better twin,” but as they grow up they see each other less as competition and more as motivation.

“We were very competitive, but when we started to do different things, it brought us closer because we weren’t fighting with each other anymore,” Sydney said.

Taylor plays volleyball and track whereas Sydney plays soccer at Oakmont. They both share an athletic gene but play their own sports. The girls also have their own hobbies. Taylor likes to ride horses and Sydney has recently found she enjoys contemporary dancing. They’re both incredibly capable and put together. Somehow, they are able to juggle school and sports admirably, as they are both straight-A students and impressive athletes.

Taylor wants to work in the medical field, so she wants to take AP and IB classes and in fact has six planned for her junior year. This will be a lot to handle, especially including continuing sports.

“Sports will be more spaced out, so it’ll be easier for me to do both school and sports,” Taylor said.

Taylor prefers to focus on school and sports rather because she is trying to establish her grounds for a future career as a medical worker. She has no colleges in mind, but she knows that she will get into a good one when the time comes.

Sydney, with straight-A’s as well, wants to become an aero astronaut engineer. Her father is an engineer, so it is something that she has grown up near and feels comfortable with. She sometimes struggles with her classes and tends to procrastinate more, but she manages to get by with good grades. Her sister motivates her to keep trying, and their competitive natures help keep them both in check.

Amazingly, they can handle both school and sports and still keep a social life. It’s impressive how strong they are and how much they persevere. Taylor is well put together and Sydney is very strong. When they aren’t being competitive, they provide each other with good company, truly sharing lots of smiles and laughs.