The Amazon Fire is Killing Our Oxygen

Why we need to be paying attention to it. 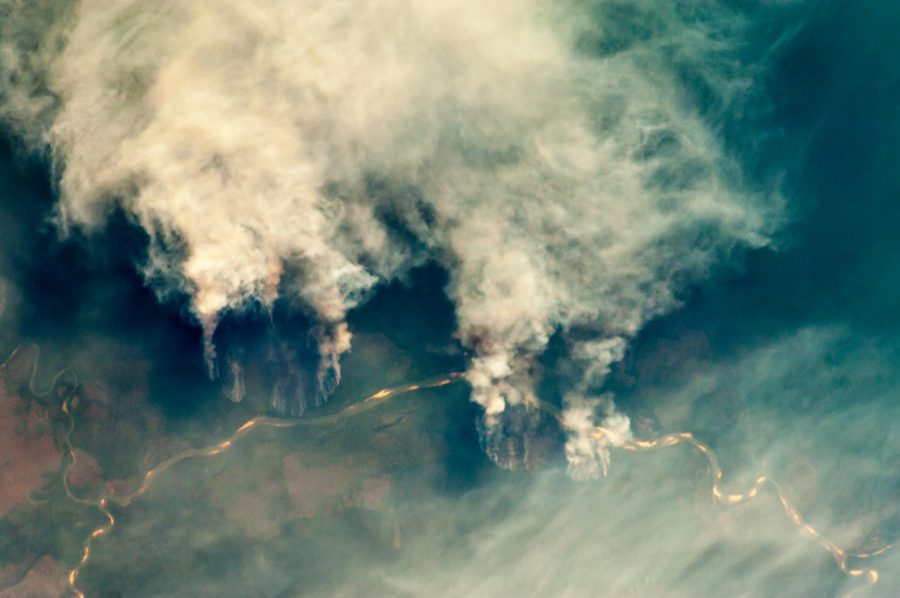 The Amazon is currently on fire since August 20, so why is it that some people do not know much about it? Many people think that because it does not affect them personally, it does not matter much. The thing is, it affects the entire world no matter where you are in relation to the fire itself.

The Amazon is known as the “lungs” of the Earth because it is responsible for about six percent of the world’s oxygen, according to Scientist News. This may not seem like a lot, but think about this; two mature trees produce enough oxygen to supply a family of four. So how many families would not have oxygen with the amount of forest we have already lost? How much more of the forest will we lose before we find a solution?

Other than the loss of oxygen, there is still the problem of deforestation. The burning of trees releases more carbon dioxide into the atmosphere which adds to the destruction of the ozone layer. Without the ozone layer protecting us from the sun’s harmful ultraviolet rays, the Earth will heat up until it is no longer habitable. Even though the Amazon is 4,746 miles away and seems to be insignificant, it still affects all of us.

Deforestation, unfortunately, is an ongoing issue, despite all of the laws and regulations that prohibit people from doing it. As the forest gets smaller, so do the habitats of the organisms that call the forest their home. The Amazon is home to over 10% of Earth’s animal species, and many of them are already endangered or categorized as vulnerable. These animals are not equipped to deal with the fires, and therefore will become displaced. They only have two choices: run or die. More animals will die than be able to successfully escape the flames. It is not just animals that call the forest their home; the Amazon is also home to 400 different native tribes that have not left the forest in over 500 years.

What can we do to help? Spreading awareness is always the first step. The more awareness a cause has, the more likely there will be people that can do more. As of August 22, 2019 the US has helped with the fight over the flames. On Thursday, August 22 a Boeing 747-400 Global SuperTanker aircraft that was carrying over 20,000 gallons of fire retardant left the McClellan Airport in Sacramento and arrived in Bolivia’s Viru Viru International Airport early morning on Friday, August 23. Aside from this, the G7 countries (Canada, France, Germany, Italy, Japan, the UK, and the USA) have agreed to provide $22 million for the cause.

Despite the fact the fires are continuously burning, there is still hope to put an end to them. With officials still working to put out fires, they are still in need of assistance to gain control before eventually putting them all out. With more awareness accumulating, there is more help being given to Brazil to help save what is left of the world’s Amazon Rainforest.