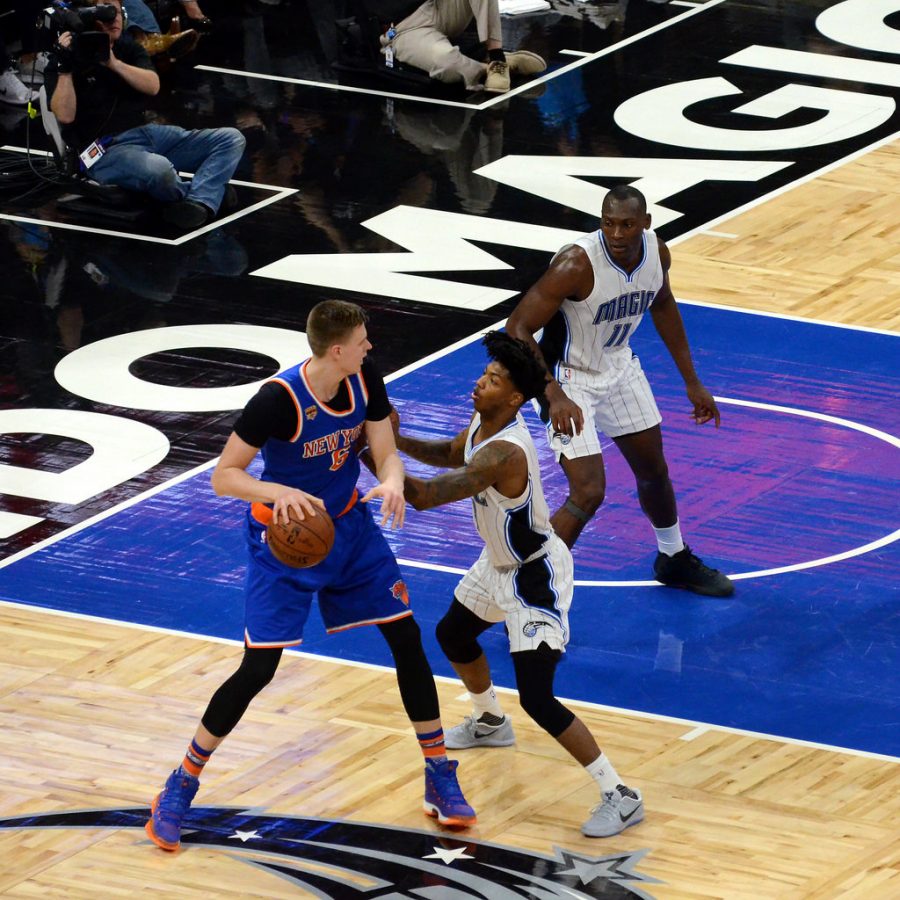 There were 24 total trades in the NBA since last Thursday and with that, there were a lot of good or even great deals that were made across the league. Here’s the recap on our picks for the best moves that teams made at the trade deadline for the 2018-2019 NBA season.

Many Knicks fans believed that Porzingis was going to be the first rookie to be extended by the Knicks franchise since Charlie Ward, who was drafted in 1994. He looked to be the future of their franchise for years to come before it was reported on January 31 that Porzingis was “concern[ed] with the losing, franchise direction and [had an] uncertainty that a culture is developing that will enable sustainable organizational success,” as first reported by Adrian Wojnarowski of ESPN. Not one hour later, he, along with Courtney Lee, Tim Hardaway Jr, and Trey Burke were traded to the Dallas Mavericks for Wesley Matthews, DeAndre Jordan, two future first-round picks, and most notably, second-year player Dennis Smith Jr. It is looking like Porzingis will be signing the qualifying offer for the Mavericks during this summer’s off-season, ensuring at least one year of play for the Mavericks. Last season, in only his third year in the league, Porzingis made the All-Star team; so you can see the potential even at the young age of 23. This makes it a great move for Dallas as they have a good amount of time to convince the young star in Porzingis to sign on long term to their up-and-coming team. This is a not-so-great move for the Knicks however as they are just banking on the possibility of signing two max players to their team, such as players Kyrie Irving and Kevin Durant. However, this is not likely to play out in the Knicks’ favor as Porzingis was the only luring factor for a great player to go to the Knicks other than the money and the location in New York. The Dallas Mavericks made the best move at the trade deadline, trading for a young star to pair alongside likely 2018-2019 rookie of the year Luka Dončić.

Before the All-Star reserves were revealed on February 1, it looked like Tobias Harris would become a first time All-Star for the Los Angeles Clippers. However, he did not make the cut in the strong Western Conference, competing against the likes of eight-time All-Star Russell Westbrook and six-time All-Star Anthony Davis for a spot. Harris was traded not long after on February 5 along with teammates Boban Marjanovic and Mike Scott. Harris and his two teammates were traded to the Philadelphia 76ers for rookie sharpshooter Landry Shamet, Wilson Chandler, Mike Muscala, two first round picks, and two second round picks. As of February 7, Harris is averaging 20.9 points, 7.9 rebounds, and 2.7 assists per game. He is shooting at an extremely good clip from three-point range, good for a career-high of 43.4% on 4.7 attempts per game. This trade, unlike the Porzingis trade, is a lot less one-sided. The Clippers were not likely to resign Tobias Harris in the off-season, so they wisely dealt him for a young player in Shamet, two expiring contracts, and four well-valued picks for the 2020 and 2021 drafts. The Clippers made off well, as did the 76ers who added a near All-Star player in Harris to play alongside Joel Embiid, Ben Simmons, and Jimmy Butler. This trade deadline move made the 76ers an even bigger threat in the Eastern Conference, allowing them to better compete against the Milwaukee Bucks and Toronto Raptors in a deep playoff push. The 76ers are looking to re-sign both Harris and Butler in the upcoming off-season.

28 minutes before the trade deadline on February 7, former No. 1 overall pick Markelle Fultz was traded to the Orlando Magic for Jonathan Simons, a late first rounder, and a second round pick; both for the 2019 draft. While Fultz has been out since November 9 with a nerve condition, he ultimately fits the Magic’s timeline. The Magic’s young core now consists of Aaron Gordon (23), Jonathan Isaac (21), Mo Bamba (20), and Markelle Fultz (20). Out of college, Fultz was compared to current NBA players such as James Harden and D’Angelo Russell, both All-Stars for the 2018-2019 season. At Washington State, Fultz averaged 23.2 points, 5.7 rebounds, and 5.9 assists per game (all stats better or equal to Harden and Russell while they played college basketball). If Fultz is able to overcome his nerve condition and reach his pre-draft potential, the Orlando Magic will be much better than they were prior to the trade. The worst case scenario is that Fultz remains in a slump and they traded away a 29-year-old Jonathan Simmons and two late picks, which are not the worst prices to pay. The Magic will have Fultz under contract until he becomes a restricted free agent in 2021.