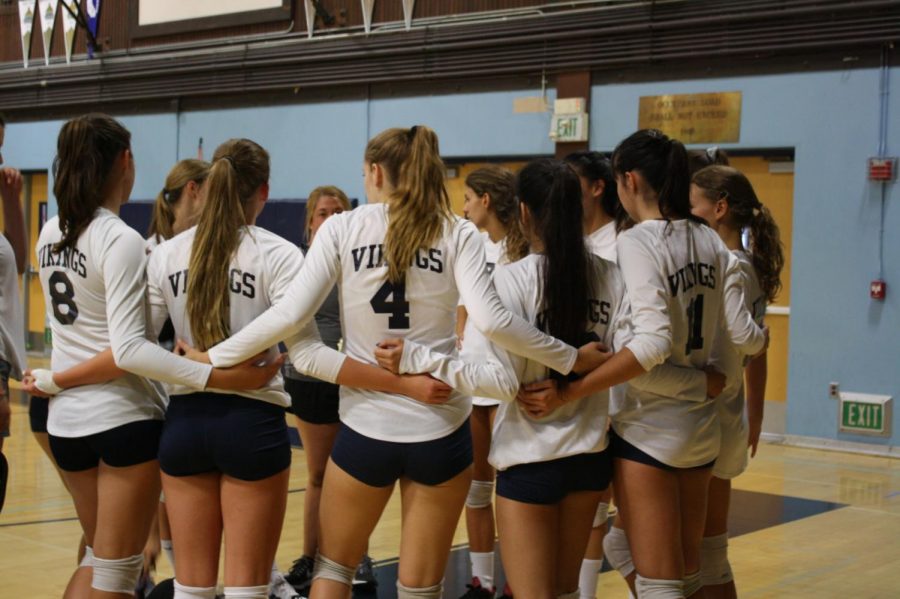 Oakmont girls volleyball team huddling together to plan their next play

Title IX is an important law that has had a major impact on sports.

“Title IX is part of federal civil rights law that states that no person will be excluded from participation in, be denied the benefits of, or be subjected to discrimination on the basis of sex in educational programs receiving federal money,” athletic director John Hunter said.

Title IX was passed in 1972 because women had a lack of opportunities in sports. Mens’ sports were given more attention and therefore, facilities would give their best possible treatment to men. Women on the other hand, would receive poor treatment or in some cases there was no team. However, the passing of Title IX changed that. Facilities receiving federal funding now had to give an equal amount of resources to medical treatment, locker rooms, training equipment, counseling, and much more.

“…if the goal of Title IX is to make it to where [it is] more equal then it’ll benefit both [genders],” junior Josh Wallentine said.

Although Title IX may seem to only benefit girls, it can help men as well. The benefit being that the undertreated gender gets the same level of treatment. For example, if there is only one basketball court in the school then, both the girls’ and boys’ teams should get an equal amount of practice time on the court. Another example is travel fees. If the girls’ volleyball team always gets to ride buses to away games but the boys’ team always has to ride with parents, then that would be unfair. In compliance with Title IX the school should give teams an equal amount of bus rides.

The obvious results of Title IX being put into play is found in sports. However, Title XI also includes educational benefits. For instance, schools that give financial aid should not give one student more money because of their gender when they have an equal set of abilities.

“[Our campus] will continue to be bound by the law and its expectations. As those requirements change we will have to change with it,” Hunter said.